Mark Cuban, the owner of NBA franchise Dallas Mavericks and the star of Shark Tank, has a different point of view to Elon Musk. He said that accepting Bitcoin will have a positive impact on the environment. This statement contradicts the decision of Tesla’s decision of suspending bitcoin payments due to environmental issues.

Dallas Mavericks owner Mark Cuban said in an interview that accepting cryptocurrency isn’t bad for the environment. This is a message for the electric car company, Tesla, CEO Elon Musk after the company stopped accepting Bitcoin because of environmental issues. On Wednesday, Mark Cuban Tweeted that mavs.com will continue to accept cryptocurrency payments, including Bitcoin, Ethereum, and Dogecoin. His point of view is that if gold can be replaced by digital currency, it can benefit the environment.

Moreover, if paper currency and coins can be replaced by digital currency, it can also benefit the environment. Tesla, on the other hand, stopped accepting bitcoin because of the rising environmental issues. According to the company, Bitcoin is adding pollution to the environment by increasing fossil fuel burning during mining and transaction processes. Coal emits the worst fossil fuel emissions, which is why bitcoin needs to be more environmentally friendly. 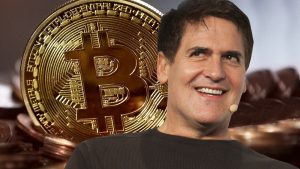 Mr Cuban referred to the article published by The New York Times in 2005. In this article, it was explained how different gold mines around the world are polluting the environment. The article covered the gold mines globally, including in American West, Latin America, Africa, and Europe. This article stated that metal mines, including gold mines, have the same pollution emitted from them almost as any nuclear industry. The Environmental Protection Agency revealed that the hard mining industry releases toxic waste more than any other industry in the United States. It also showed that the cost of cleaning up metal mines was almost $54 billion, one year before the publication of the article.

There was another article that Mr Cuban referred to. This article was published in January 2021 by Moneyweek. The article’s title was “Bitcoin does consume a lot of energy- but here’s why it is worth it.” In this article, it was expressed that although the facts are true that bitcoin does consume a lot of energy, most of this energy is renewable. It is not as harmful to the environment as people think. Most of the mining of bitcoin takes place in Sichuan, China, because of hydroelectricity. This means that the energy which is used in this sector is renewable and environment friendly. The article stated that Sichuan bitcoin mining only uses 5% of power sourced from nuclear or burning coal. The rest of 95% of the energy is from renewable energy sources. In research conducted by Coinshare, renewable energy sources are used to obtain 75% of bitcoin network energy.

The central ideology of Mark Cuban is that cryptocurrency is benefiting the environment rather than polluting it. The use of digital currency will reduce paper currency and coins which is healthy for the environment.