The ApeCoin DAO has submitted a proposal to stay on Ethereum. This proposal has received a lot of support from the community. This proposal is a reaction to an idea of Yuga Labs to migrate ApeCoin to another blockchain or even to start its own blockchain.

A DAO is a decentralised organisation, where everyone can contribute, provided they have the right skills. Members of a DAO work all over the world and are paid in cryptocurrency based on their contribution.

Contents show
1 Abandoning Ethereum would be catastrophic
1.1 Transaction fees too high on Ethereum
1.2 Avalanche to the rescue
1.3 Migrate to second layer
2 Author

Abandoning Ethereum would be catastrophic

The proposal was submitted by ApeCoin DAO member ASEC on May 1, stating that migrating to another blockchain is a costly, risky and complex undertaking with many moving parts that, if not carefully considered, could result in catastrophic loss. In the worst case scenario, maker Yuga Labs is pulling its hands off ApeCoin.

Transaction fees too high on Ethereum

Yuga Labs, the company behind the popular Bored Ape Yacht Club NFT collection and the Otherside Metaverse project, suggested on May 1 (see tweet above) that ApeCoin should migrate to its own blockchain. This was in response to the far too high gas prices on Ethereum when they put pieces of their metaverse Otherside on sale. The company raised $310 million from the sale, but buyers collectively paid more than $177 million in transaction fees. Ultimately, this also led to Ethereum’s network being temporarily unusable (read: too expensive) for other users.

This has been the largest NFT mint in history by several multiples, and yet the gas used during the mint shows that demand far exceeded anyone’s wildest expectations. The scale of this mint was so large that Etherscan crashed.

Yuga Labs reimbursed many of the transaction fees out of their own pockets, but as you can imagine, they were not happy about this.

Avalanche to the rescue

The dissatisfaction with Ethereum was immediately noticed by other blockchain projects. Avalanche, for example, offered to migrate ApeCoin to a subnet of their own blockchain. This should ensure higher transaction speeds, lower transaction costs and, according to Avalanche itself, a better user experience, which in turn should lead to a higher price for APE. Emin Gün Sirer, founder of Avalanche Labs:

ApeCoin would be fantastic as an Avalanche subnet, and benefit from the superior performance of its dedicated chain on the fastest consensus protocol. And the coin would have an additional use case that would help its market and regulatory stance.https://t.co/UxI2eo3vx9

However, the ApeCoin community does not seem interested. The proposal to stay on Ethereum currently has 99.65% of the vote in favour and 0.35% of the vote against.

The proposal specifically proposes using an Ethereum Layer 2 as a solution to transaction costs. They would rather use a second layer on Ethereum than migrate to another blockchain. The argument boils down to that it would be detrimental to available liquidity, security and the network effect. It refers to Optimistic Rollups (such as Optimism and Arbitrum) or ZK-Rollups (such as Starknet or zkSync) as potential new ideas to keep ApeCoin on Ethereum.

One of these so-called two-tier projects on Ethereum is Immutable X. On 25 May, it submitted a proposal at the ApeCoin Governance Forum to bring the project to them. Immutable X specialises in scaling NFTs and seems to have good liquidity as well. Several blockchain games based on NFTs are already running on Immutable X, think of EmberSword, Gods Unchained and Illuvium. The proposal was enthusiastically received by the community on the ApeCoin Forum.

Another option is to wait for Ethereum’s next major update to Ethereum 2.0. This should ensure that transaction costs decrease dramatically. 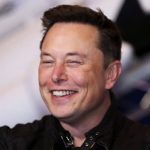 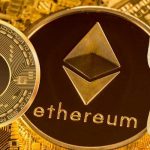 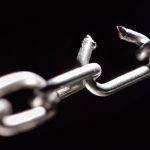 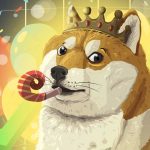