According to the author of the best-selling book Rich Dad Poor Dad, Robert Kiyosaki, the world should be prepared for the “biggest” crash in history as he predicts the value of bitcoin to reach $24,000.

Robert Kiyosaki, a world-renowned author, says the biggest crash in history is coming. Robert Kiyosaki is co-author of the book Rich Dad Poor Dad with Sharon Lechter in 1997. The book was listed in the New York Times Best Sellers for six years. It has sold 32 million copies in more than 109 countries and 51 languages.

He tweeted on Friday that the giant bubble in history is getting bigger, and the biggest crash in the history of the world is coming, which will provide more opportunities for people to get rich. All you have to do, he said, is wait for bitcoin to drop to $24k. However, Robert Kiyosaki did not explain how he came up with this prediction.

In May, when bitcoin dropped, he advised people to take this opportunity and start buying cryptocurrency as the price is low and bitcoin becomes affordable to buy. On May 30, he said that the bitcoin market crash is good news as it is a buying opportunity. He added that when bitcoin drops to $27k, he will start rebuying the digital currency. People who could not buy bitcoin before because it was too expensive now is the chance for them to stop “whining and take action. Just give yourself knowledge about cryptocurrency and dive in. He also said that the main reason for the crash is not gold, silver or bitcoin, but the government, Feds and Wall Street.

Robert Kiyosaki has been a fan of bitcoin

For a very long time, Robert Kiyosaki has been a fan of bitcoin. In his opinion, the US dollar is dying. He stressed last April that people should stop saving and start buying gold, silver, or bitcoin because the government can’t give people free money.

In his recent tweet, he did predict that bitcoin’s value will fall to $24k, but he is optimistic about the digital currency’s long-term future. In April this year, he predicted that in the next 5 years, bitcoin’s value would be $1.2 million per token. The reason may be the devaluation of the US dollar, which will lead to gold, silver, and bitcoin.

The current market situation of bitcoin is perceived positively by many investors and analysts. Just like Rober Kiyosaki, many others have advised people to invest more in bitcoin at this moment than before because the token is cheaper to buy now, which will bring great profits in the future. Many people predicted that bitcoin would reach new heights in the coming months and break its previous records in terms of value per token. Moreover, Elon Musk has revealed that his electric car company will resume bitcoin payments once he sees a 50% use of green energy in bitcoin’s mining and transaction processes. This single statement has positively affected the value of bitcoin, and if this is to come true, it will be beneficial for bitcoin investors. 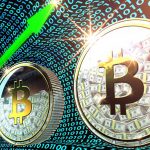 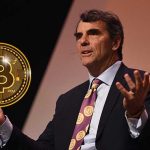 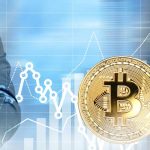