Qu Qiang, a Chinese Economist and assistant director at the International Monetary Institute of Renmin University, has forecasted that we will all die if bitcoin is adopted worldwide. He added that society would shrink and explode by going into the death of spiral deflation.

Contents show
1 What Did He Predict?
2 About Qu Qiang
3 How is his Situation is Perceived?
4 Author

What Did He Predict?

The assistant director of the International Monetary Institute of Renmin University has been in an interview with CGTN, which is owned by Chinese state media China Central Television. Hailey Lenon shared the video of the discussion on Twitter which she said was playing on the TV when she walked into her hotel room. The interviewer asked Mr Qiang what would be worse if bitcoin is adopted worldwide and its impact on the current financial sector. He replied that if this happens, we will all die, which is not a joke. He said that it would be worse for all of us if bitcoin became an ultimate currency and would be adopted by all human society. Bitcoin has limited numbers, which is the main indication that this currency will go into deflation. With an increase in human developments, money has nothing to offer.

He referred to history by saying that we had seen how the Ming dynasty ended when they came short of silver in their era. This will be happening with the entire world if all of human society adopts bitcoin. It has limited numbers to offer, and when the time comes, there won’t be enough.

Qu Qiang is a professor and doctoral advisor at the Renmin University of China. He graduated and received his doctorate from the same university. At the Bank of Beijing and the Industrial and Commercial Bank of China, he is an external supervisor. He is also the director of China Financial Policy Research Centre. This sector is a key research centre of humanities and social sciences of the Chinese Ministry of Education.

How is his Situation is Perceived?

Many of the people of the Bitcoin community are not agreeing with this statement from Mr Qiang. Some people are even saying that it’s just a joke or an ultimate FUD. Some of these people didn’t agree with his statement regarding the Ming Dynasty; they contradicted the statement in which he said that the fall of the Ming dynasty was because of the lack of silver. People are mocking his knowledge regarding the Ming Dynasty.

Considering the current situation of bitcoin, such statements can worsen the situation. Others think that this situation is just temporary, and the value of bitcoin will rise again with better improvements that will benefit society in every way. Developers are working to make cryptocurrency an environment-friendly and a proper alternative to traditional money which means if the currency is adopted at the global level, it may have resources to back up the needs of the global economic sector. 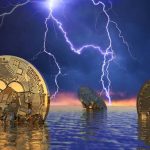 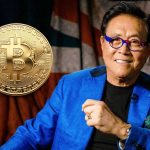 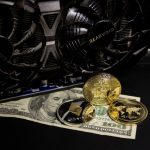