Blockchains are transparent and decentralised. And by default, that allows us to interact in a way that involves less trust in people, leading to more truth of information. One of the biggest differences between polka dot and ethereum is also the top reason that I’m attracted to the polka dot project. And that is their different philosophy on network design goals.

Contents show
1 Market overview of Polkadot
2 Core features of Polkadot
3 Why is Polkadot better than others?
4 Vision of polkadot
5 Pair chains of polkadot
6 Polkadot Coinmarketcap
7 Role of chinese investors behind the surge of Polkadot
8 Author

Relay Chain: the “heart” of Polkadot, helping to establish unity, interoperability and mutual security across the network of various chains;
Parachains: separate chains which can have tokens of their own and are optimized for unique use cases;
Parathread: similar to parachutes but based on an affordable pay-as-you-go platform of versatile connectivity;
Bridges: enables parachains and parathreads to interact with external blockchains such as Ethereum and interact with them.

Why is Polkadot better than others?

On the one hand, you have a theorem, and they want to be a platform for distributed finance, and smart contract execution. And that’s cute. But it’s a little bit small minded if you ask me polka.

on the other hand has a much broader vision, enabling people to build entire block chains, and then integrating those chains to work in a complimentary way with one another. And this leads to the second reason that I’m so high on polkadot, and that is they’re introducing the concept of pair of chains, and pair chains are similar to what a theorem is doing with sharding. However, in my opinion, pair chains are a much more thought out and scalable solution. The goal of both methodologies is to increase network throughput on the blockchain. In turn, This improves the transaction speed.

Pair chains are designed so that anybody can create their own pair chain. These are specialised block chains that execute a specific task for the main relay chain. And because these block chains only handle one specific task, they can operate at an extremely high rate of efficiency. The main polka dot relay chain may have 100 pairs of chains processing transactions simultaneously. And this method increases network scalability. And specialisation of the blockchains helps improve the overall transaction speed. If you think of pair chains, like a sports team, every player on the team has their position or role that they’re responsible for. And they practice to perfect that role in order to help the overall performance of the team. And the third reason about investing in  polka is to overtake ethereum.

Polkadot has come up to the top 10 coins of the coinmarketcap is a great achievement for itslovers. It has surged all the way from 4 dollars to 18 dollars by flipping the xrp coin. So you can see these increments coming here. Currently the price of the polkadot is around 16.9$

Role of chinese investors behind the surge of Polkadot

Marvin Tong, founder and CEO of Phala Network, a confidential smart contract blockchain based on Substrate, said that he investigated EOS, Ethereum Layer2, Cosmos, and Polkadot in his initial search to add privacy to the blockchain world.
“We chose Polkadot instead because we believe that its technology is the most advanced, and I think we made the right decision,” Tong said in an interview. More significantly, the substrate is a critical instrument. This enables us to reduce repetitive work on blockchain growth.

5 Cryptocurrency Scams and How to Avoid Them 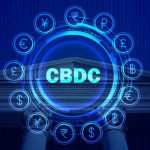 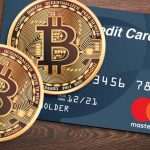 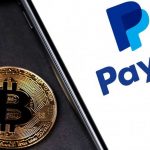