Tesla has stopped accepting Bitcoin as a payment method for its cars. Elon Musk, the CEO of Tesla, has revealed that the excess usage of fossil fuel for mining and transaction of Bitcoin is negatively affecting the environment, especially coal.

On Wednesday, Elon Musk announced on his Twitter account that his electric-car company wouldn’t be accepting Bitcoin anymore. The company has stopped taking Bitcoin payments because the mining process and transaction of this cryptocurrency is not eco-friendly. Several fossil fuels are consumed during these processes, but the worst of all is coal which is also a part of the mining and transaction of Bitcoin. While Mr Musk stated this fact, he also said that Bitcoin has a promising future and should be used on many levels. 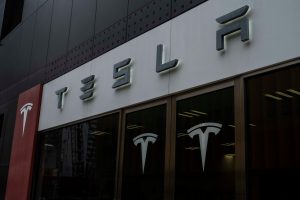 Future Plans of the Company

In March 2021, Tesla revealed its Bitcoin assets in a filing with the US SEC. This was when the company started accepting Bitcoin. Elon Musk changed his title to Technoking of Tesla from CEO of Tesla. The company sold 10% of its Bitcoin holdings to show that the currency is an excellent alternative to cash. The company revealed in the filing that it has Bitcoin holdings worth $2.5 Billion. Recently, Elon Musk hinted that the company might be accepting Dogecoin soon.

He conducted a Twitter poll a few days ago in which he asked the followers if the company should allow Dogecoin payments or not 78.2% of the people voted in favour of it. SpaceX, whose CEO is also Elon Musk, has already announced that it will be launching a Dogecoin-paid DOGE-1 mission to carry the payload to the moon.